Flavour of the Month – Attitude & HIV

FLAVOUR OF THE MONTH #How Attitude can influence the HIV+ condition

There is a group of people with HIV who somehow do not display the typical symptoms that accompanies the disease. They seem to have found a way to continue to lead full, productive, happy lives despite their status.

The key to experience this type of joyful life, even when HIV+, seems to have something to do with the person’s attitude. There are of course many tragic, and sometimes horrific, stories of quack therapies that people had tried to ‘cure’ Aids that has just tended to make the problem worse. But in the case of the ‘Elite Controllers’ there are  clear indications that person’s attitude might be the key determining factor.

Those Elite Controllers who are different from the rest are also known as Long Term Survivors (LTS’s). Some of them have been HIV+ for decades, and they just keep on going. When the medical profession discovered their existence they began researching to find out what makes the difference. They gave them the controversial label of the HIV Non-progressors’. This referred to the fact that their condition was somehow not worsening and leading to ultimate death. Now, fortunately, they are being relabeled as the ‘HIV Elite-controllers’.

What makes the different is that these ‘controllers’ do not show the same signs of disease progression that is normally expected. The amount of the HIV virus in their blood remains low, thereby apparently preventing the disease from worsening. Some of the factors that seem to differ from the normal progression includes reduced levels of inflammation in the body. They also seem to have more efficient immune responses to viruses. And, importantly, they seem to show an overall lack of susceptibility to CD4 cell damage – this is, of course, the greatest danger of HIV/AIDS.

Researchers have investigated the immune system of the ‘elite controllers’ and believe that they might have immune system cells that are able to control HIV attacks. But the strange thing is that these controllers don’t have any genetic mutations that would suggest they have immune systems any better than the rest to fight the virus on their own.  The important question therefore is whether thoughts, feelings and emotions might have anything to do with this.

In our previous newsletter on breast health we introduced the discovery of psychoneuroimmunology (PNI). To refresh your memory you can click here to read the article

PNI shows a direct link between our thoughts and emotions and the effective working of the body’s immune system.  In the journal ‘Research in Nursing Health – April, 2003’ the researchers investigated what the effect would be on people infected with HIV practicing stress management techniques. It is well known that people diagnosed with HIV experience significant stressors. The research particularly focused on dealing with the ongoing psychological stressors such as stigmatization, illness-related uncertainty, and belief issues related to having been diagnosed with a condition which is life-threatening.

Their conclusion from the growing body of research was exciting. It firstly showed that active involvement in practicing stress reduction techniques greatly reduced psychological distress. Secondly this then improved overall coping skills. But thirdly, and more importantly, it showed an enhancement of immune function.  This is described as neuroendocrine-immune system modulation. The researcher’s conclusions were that such intervention strategies demonstrated considerable potential for reducing both psychological and physical symptoms of HIV, thereby improving the life quality of infected persons.

HeartMath is a form of technology based coaching that will be available from 2017 through your Employee Assistance Programme. A daily practice of HeartMath has been proven to markedly reduce a person’s stress response. Be sure to look out for it next year and call our helpline to set up a free session with one of our skilled counsellors on  08002BWELL (0800229355)

One long-term HIV survivor who believes in the positive mindset approach to dealing with the disease is a South African, David Patient. David was diagnosed in 1983 as being HIV+. This was way back then when almost nothing was known about HIV. And he’s alive and well and thriving in Mpumalanga, today – providing a living inspiration for other sufferers. You can read his story here Or visit his website here. 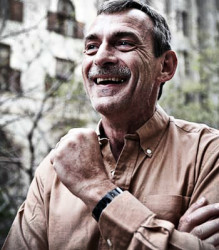 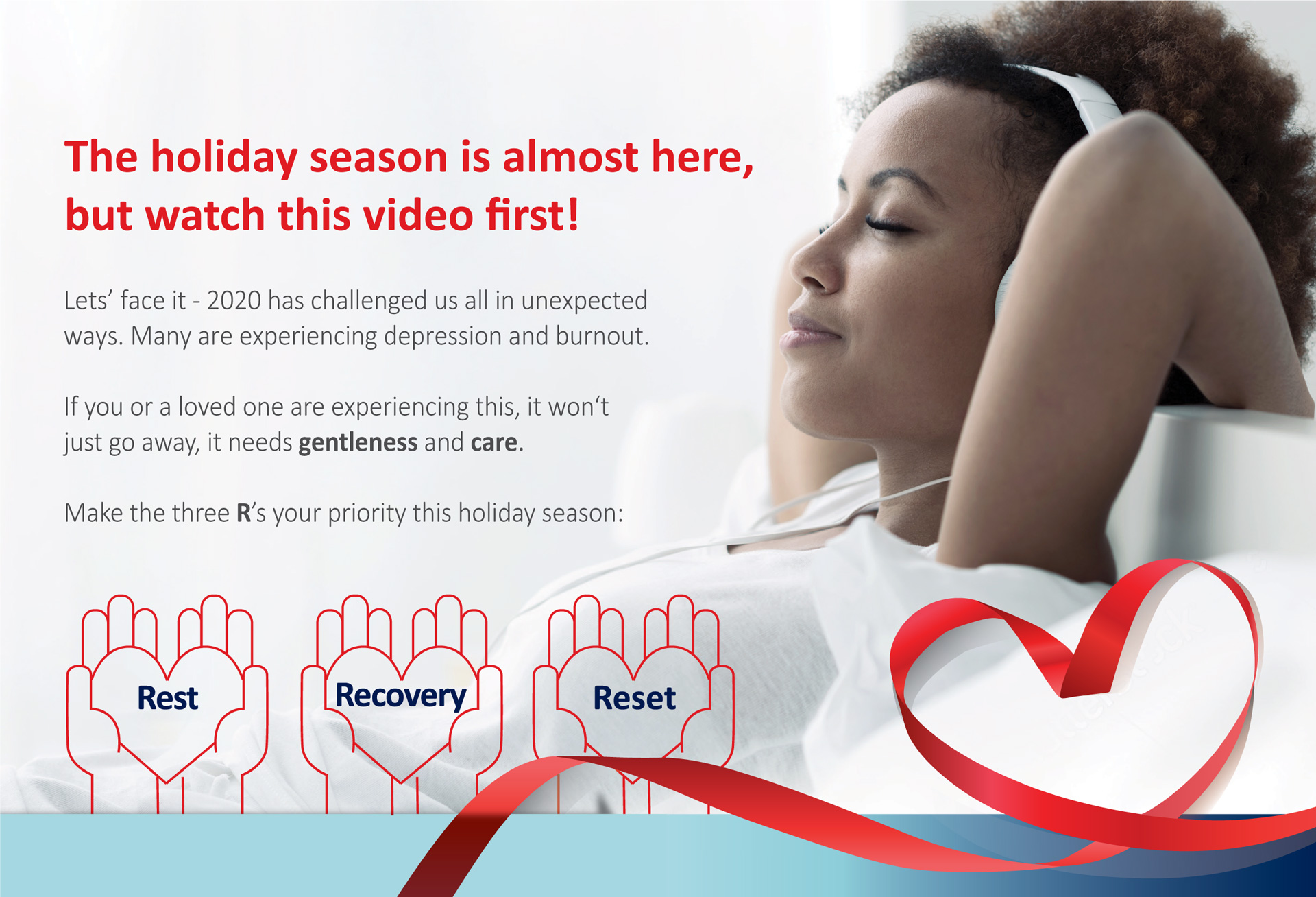 The holiday season is almost here, but watch this video first! Lets’ face it – 2020 has challenged us all in unexpected ways. Many are experiencing depression and burnout. If you or a loved one are experiencing this, it won‘t just go away, it needs gentleness and...

END_OF_DOCUMENT_TOKEN_TO_BE_REPLACED

Your story may be their story

This JOKO website is filled with resources and encouraging stories of strength from abused women. Although you may feel very lonely and isolated, you will find that you are not alone if you are able to open up and seek help.

END_OF_DOCUMENT_TOKEN_TO_BE_REPLACED

16 Days of Activism Against Gender-based Violence

When violence is perpetrated against our mothers, sisters, wives and children, the whole of society suffers.
Act to seek out such suffering – it may be hiding in that very women or child in front of you. Fear and pain are hidden within victims of violence. They often tend to remain silent about their shame, pain and fear.

The following legal contracts and documents are included (click on the links below to access the documents):